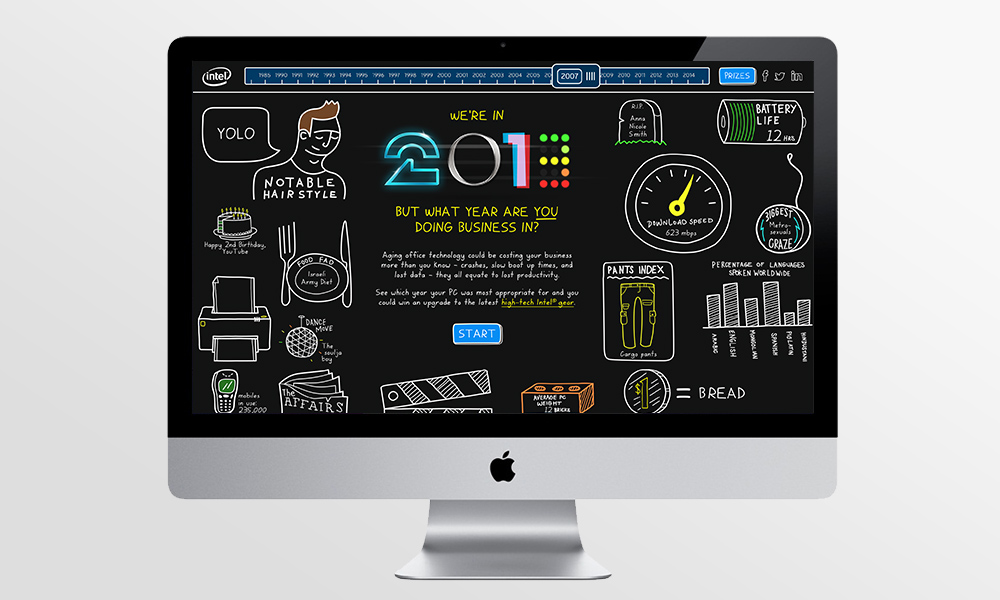 The purpose of this site was to show the user how out-of-date their computer is in an effort to get them to purchase a newer and faster model. The project achieved this by running a series on in-browser diagnostics to check what version of operating system, internet browser etc they were using, and then asking them a series of questions to determine what year they were doing business in. The site then displayed that year with a type treatment and several random facts relating to that time.

I worked closely with the developer on this project from the start so as I was developing the style we were also testing and improving the way the site worked. We did this by creating a clickable prototype which then turned into a working prototype which allowed us to test and improve the functionality, and then eventually this became the working live site. 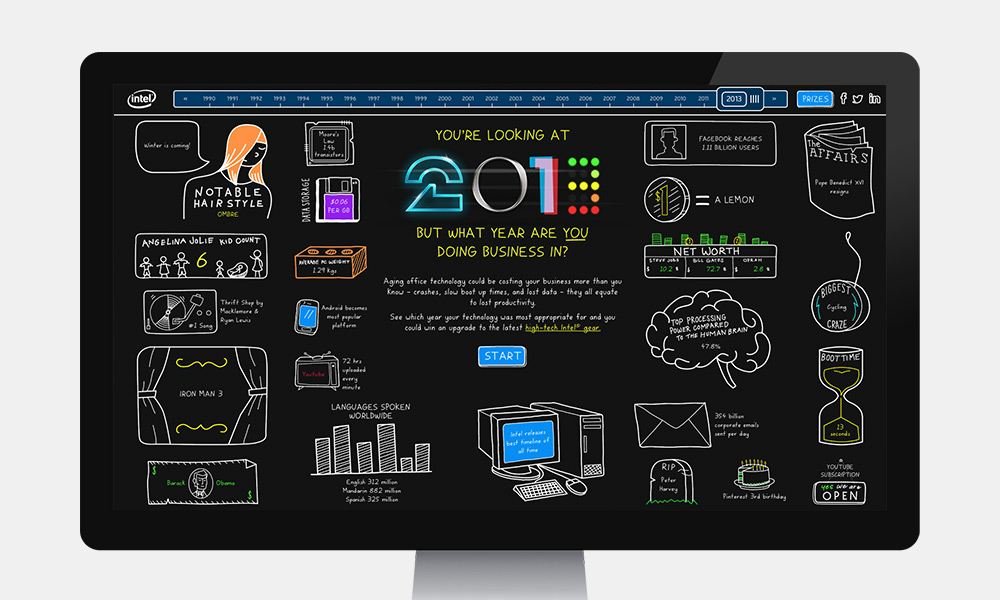 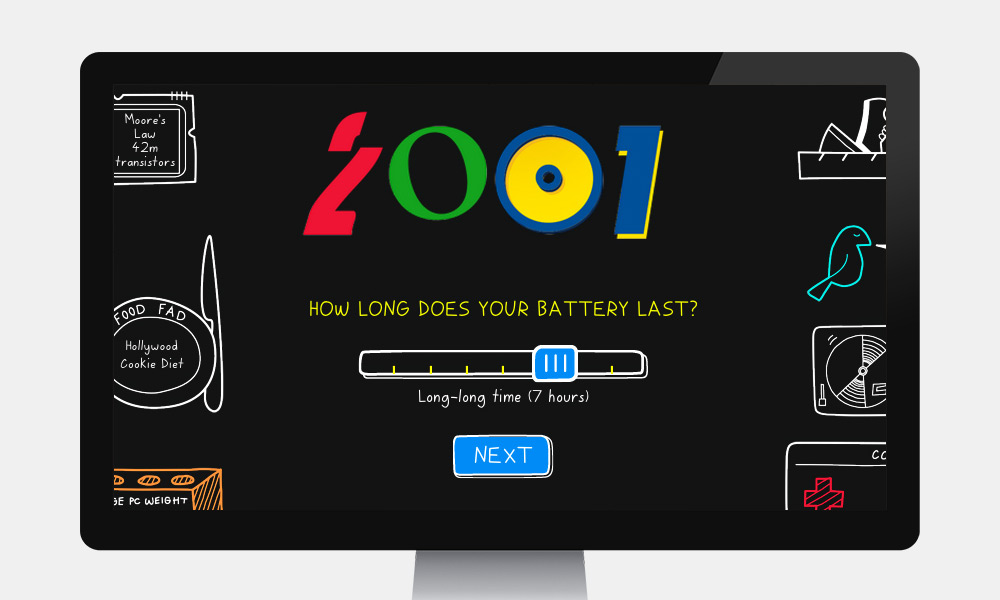 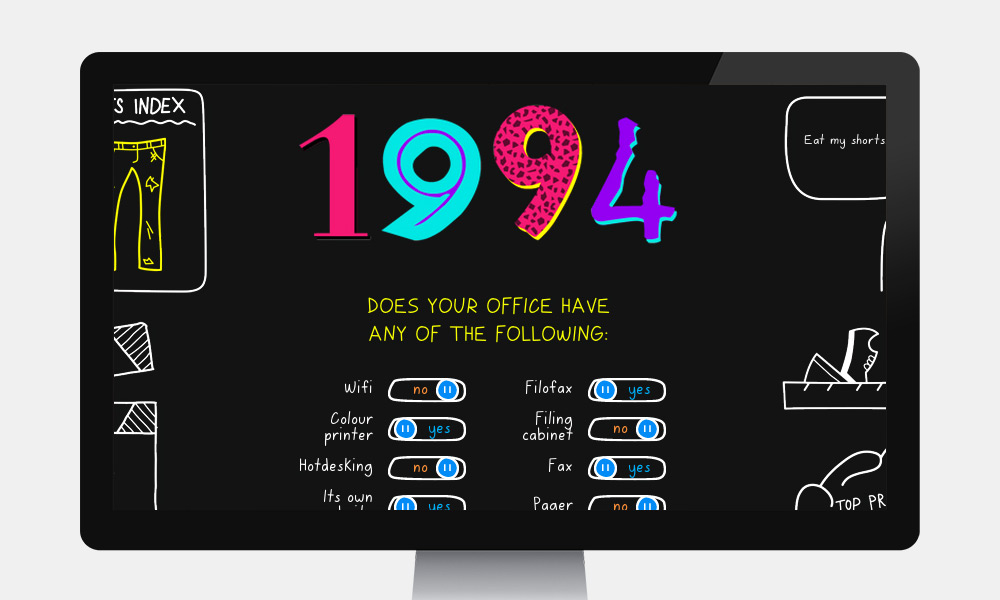 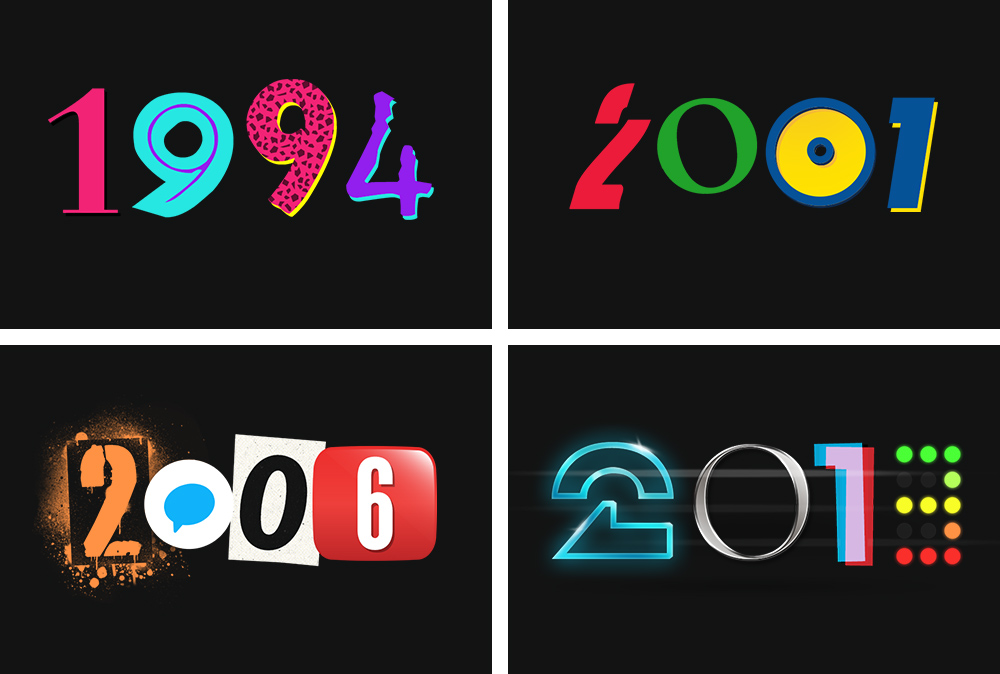 Here are a few screens to show you the design process I undertook while designing this site. From the initial grid sytem to colour variations, interface styles, typography treatments and layout. 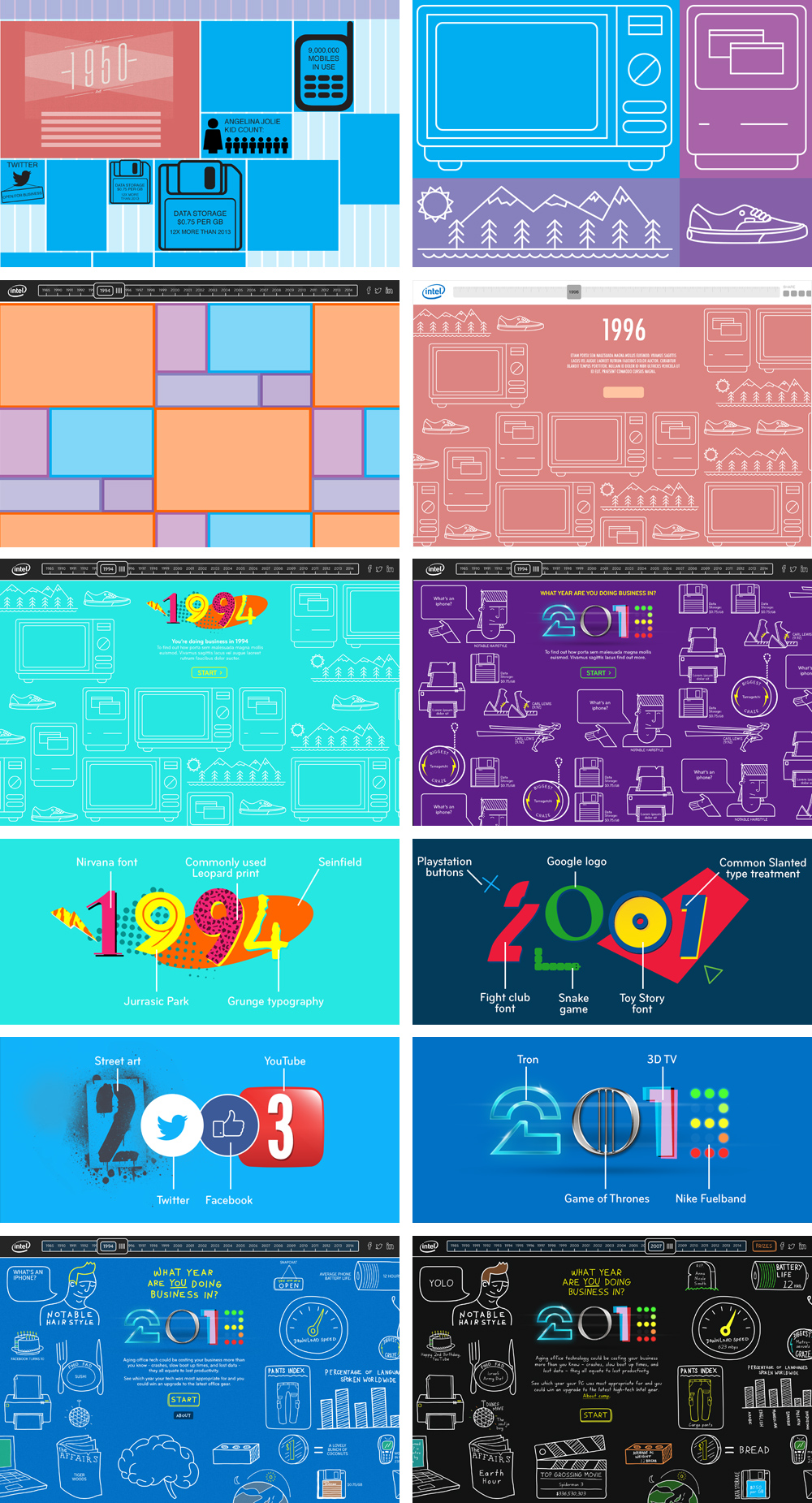 After experimenting with several different hand-written fonts I couldn't find any that suited the style of the site, was readable, and looked good so I decided to create my own. Using my Wacom tablet I hand drew every letter and punctuation mark into illustrator, cleaned up the lines and edited the bits I wasn't happy with, and then converted those vector lines into a font file using the program 'Glyphs'. After I was happy with the font I named it 'Halaska Hand' and converted it to a webfont so it could be used on the site.